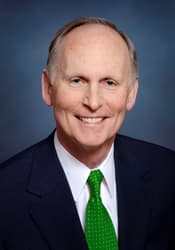 North Carolina voters displayed wide-ranging bipartisan support for higher education on Tuesday by approving $2 billion in bonds for public universities, community colleges, state parks and other projects across the Tar Heel state. Statewide, voters approved the Connect NC bonds with 66 percent voting in favor of the package, according to the latest figures.

Of the $2 billion total in the bond package, some $980 million is earmarked for constructing new academic facilities and other improvements across the UNC system, including $90 million to build a new science building at UNC Charlotte.

“This vote reaffirms the commitment of the voters of North Carolina to higher education, and we are truly overwhelmed by their support,” said Chancellor Philip L. Dubois. “To start, we must thank Gov. McCrory and the North Carolina General Assembly for putting it on the ballot. The real winners are the students who will come to UNC Charlotte and the employers who will benefit from their skills and knowledge.”

In the weeks leading up to the March 15 primary election, Dubois attended a number of regional meetings to advocate for the bonds and what they mean to the future of public higher education in North Carolina.

"Many UNC Charlotte staff, faculty and students helped educate our constituents and the general public about the need for a new science building and about the practicality of the bonds," said the chancellor. "I’m thankful for that dedication."

Dubois said the new science building has been needed for the University to continue the trajectory of growth the campus currently enjoys.

UNC Charlotte has grown from 11,000 students to 28,000 since the current science building was built in 1985.  More students are choosing science-related majors, with more than 50 percent of students in sciences, engineering and math. Investments across the UNC system are focused on STEM-related buildings, including the new science building.

On Monday and Tuesday, new UNC system President Margaret Spellings visited UNC Charlotte as part of a listening tour to the 17 UNC system campuses during her first 100 days as president.

With the bond's passage, Spellings stated, “This is a great day for the UNC system and all of North Carolina. We are grateful to the voters for approving the Connect NC bond package and for their demonstration of support and confidence in our public university and community colleges. North Carolina is known for its longstanding commitment to public higher education, and the economic return on that investment has been tremendous. At the ballot box, our citizens reaffirmed that historic commitment. With their votes, they said that higher education must continue to help meet the needs of the state and to open the doors of economic opportunity for their children and grandchildren.”