KEEPING WATCH to focus on habitats 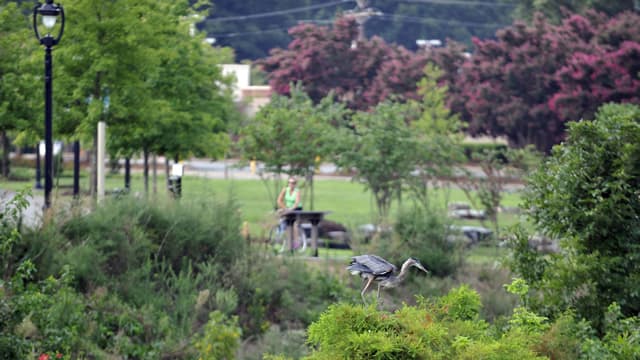 The KEEPING WATCH initiative enters its fourth year with a focus on wildlife habitat in the urban ecosystem. Beginning with an opening reception at 6 p.m., Friday, Feb. 24, at UNC Charlotte Center City, KEEPING WATCH on HABITAT will offer two months of programming through Thursday, April 27.

Integrating the previous years’ investigations, KEEPING WATCH on HABITAT explores the fragile coexistence of nature and humanity within the built environment. Loss of habitat, often as a result of human action, is the greatest threat to wildlife in the United States. Recognizing that biodiversity is crucial to human well-being, KEEPING WATCH on HABITAT seeks to connect us to the natural world, offering new ways of seeing and experiencing the miraculous diversity of life on Earth.

Curated by Director of Galleries Crista Cammaroto, the KEEPING WATCH on HABITAT exhibition presents the work of artists who contemplate the natural world from many perspectives. Photographers Byron Baldwin, Cynthia Cole, Deborah Triplett, Meredith Hebden, Micah Cash and William Wylie have created diptychs that speak to the relationship between nature and the man-made environment.

Delicate sculptural works by Natalie Abrams, mounted to walls on both sides of the gallery, will frame these photographic dichotomies. Both abstract and evocative, they represent the largest surrounding parcels of conserved land on the southern and northern edges of the Charlotte area: Anne Springs Close Greenway and Latta Plantation Nature Preserve.

Organized in 2013 by the UNC Charlotte Urban Institute and the UNC Charlotte College of Arts + Architecture, with Lambla artWORKS, KEEPING WATCH is a multiyear initiative designed to foster collaboration across disciplines and interest groups as a way to engage the public in local environmental issues.

Through the work of artists, writers, environmental experts and scientists, KEEPING WATCH has connected community partners and projects to raise awareness and inspire action around four concerns: plastic waste and recycling (2014), water quality and urban streams (2015), air quality and tree canopy (2016) and wildlife habitat in the urban ecosystem (2017).

A complete list of 2017 KEEPING WATCH events and partners is online at keepingwatch.org.