Conference center and hotel would benefit the University and Charlotte 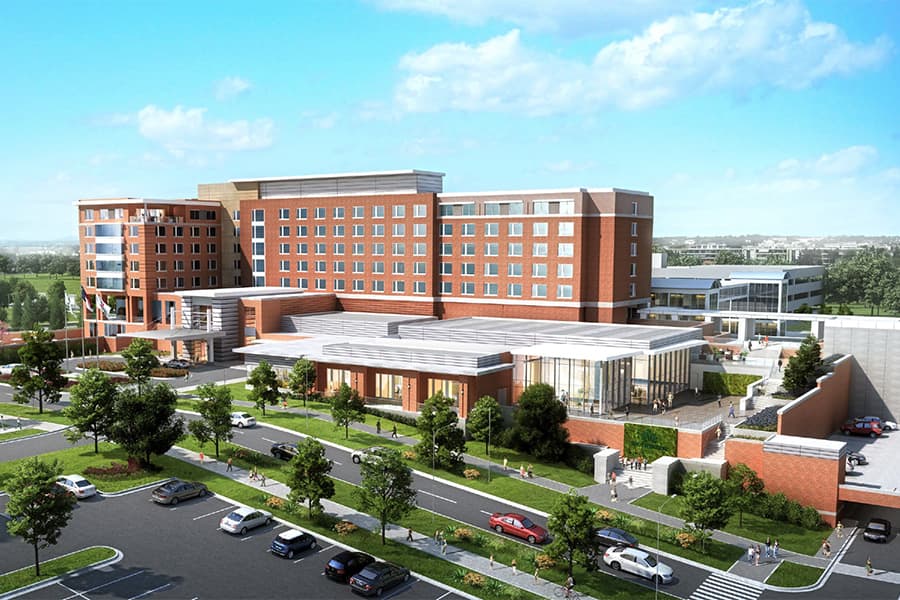 For nearly 30 years, UNC Charlotte leaders have envisioned opening a conference center and hotel on the University campus. UNC Charlotte’s exponential growth, coupled with light rail’s arrival and a burgeoning University City, marks now as the time to realize that vision.

Chancellor Philip L. Dubois delivered a presentation on the conference center and hotel proposal at the June 25 Charlotte City Council meeting. The University is seeking city investment to assist in underwriting the cost of the complex.

He noted a full-service hotel and conference center is a common feature at major research universities. Examples include the Nittany Lion Inn at Penn State, the Georgia Tech Hotel and Conference Center in Atlanta and the new StateView hotel on N.C. State’s millennial campus.

“Not only do these facilities serve as important amenities for the alumni and friends of these universities, but they are integral to building and sustaining the strong academic reputations of these institutions,” said Dubois.

According to the chancellor, the conference center will allow the University to bring research symposia and academic conferences to Charlotte that the city is unable to accommodate presently. Adding first-class conference space to University City, Charlotte’s second-largest employment hub, will generate new business for the city and for nearby hotels and retailers. Within the first seven years, projected estimates show the hotel and conference center could generate nearly $9 million in city, county and state taxes. Net proceeds are projected to generate $7 million in the first five years, which the UNC Charlotte Foundation could use to develop additional scholarships for students and to address other high-priority needs of the University.

“This facility will serve as a new ‘front door’ to the University, providing a welcoming space for generations of 49ers and Charlotteans,” said Niles Sorensen, president of the UNC Charlotte Foundation, which will fund the majority of the project. “We’ve been planning this for a long time and are eager for it to bring new opportunities for our faculty and alumni to connect to the larger community.”

The UNC Charlotte Foundation would own the Marriott Hotel and Conference Center at UNC Charlotte; Sage Hospitality of Denver, Colorado, would operate the facility. Plans call for the complex to be located adjacent to the J.W. Clay/UNC Charlotte Station for the CATS Blue Line light rail. This would enable symposia and conference attendees to reach the cultural, recreational and culinary amenities at Center City via a short 22-minute train ride, which also would eliminate their need to secure parking.

“Given the ongoing growth of the University’s research capacity, which exceeded $50 million last year, a space like this is vital to attracting regional and national academic conferences,” said Sorensen who also is vice chancellor for the UNC Charlotte Division of University Advancement. “That ability builds the academic reputation of Charlotte and heightens the visibility of current faculty, while helping recruit talented new faculty as well.”

The proposed conference center would have 24,000 square feet of space to support symposia of up to 500 individuals with 226 hotel rooms. Funding from the city would enable the project to realize a larger, more technologically sophisticated conference space normally found in that size hotel (roughly 12,000 square feet).

“We’ve been intentional about blending the University’s needs with those of the community to ensure we create something that complements the vision for University City,” added Sorensen.

Photos: Rendering of the planned Marriott Hotel and Conference Center at UNC Charlotte.