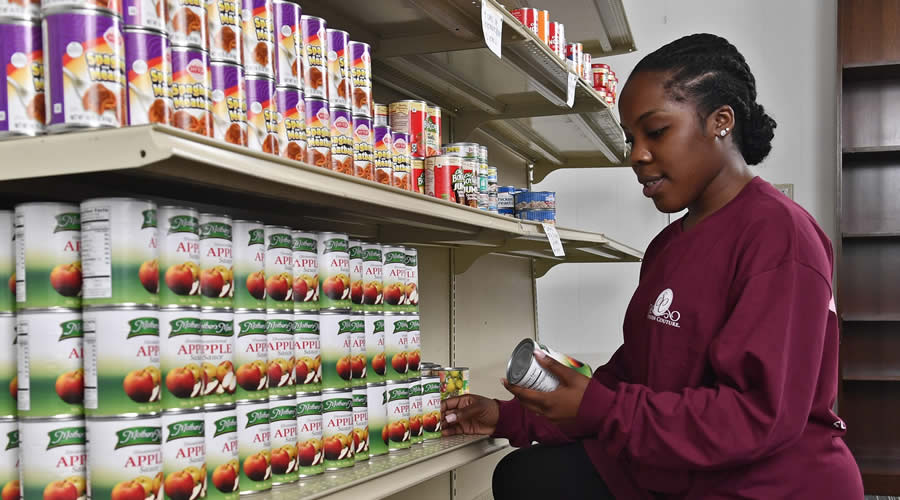 UNC Charlotte Anthropology professor Nicole Peterson has conducted research on the topic of food insecurity within the greater Charlotte area. But when the Jamil Niner Student Pantry opened on campus in 2014, Peterson decided to conduct her research closer to home. She has worked in conjunction with pantry staff to determine the depths of the food insecurity problem on the UNC Charlotte campus.

In spring 2019, Peterson and her anthropology students surveyed UNC Charlotte students about their access to food, housing, health, transportation and digital services. Peterson got a random sample of 6,000 students from the Division of Student Affairs; she received 778 responses. Peterson and her students have interviewed students, too. Here is what they learned, according to preliminary survey results:

The work to help students who are having trouble accessing food continues on campus. The Division of Student Affairs has started a Swipe Out Hunger Work Group that will consider strategies for eliminating food insecurity on campus.

And Peterson is continuing her research. She is interested in working with more students who want to eradicate hunger on campus. To join in that research, email Peterson at npeterson@uncc.edu.

A #Giving Tuesday crowdfunding campaign for the Jamil Niner Student Pantry has raised $11,695 from 141 gifts to date. The campaign will continue to accept gifts through Friday, Dec. 6.