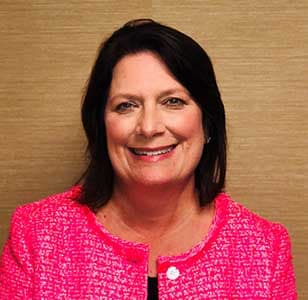 Beth Derrick Crigler has been appointed interim vice chancellor for university advancement at UNC Charlotte. In this role, she will be responsible for leading development, alumni engagement, advancement operations, constituent relations, university events and university communications. She begins her duties July 1, succeeding Niles Sorensen, who will transition to a role as special assistant to the chancellor, overseeing the completion of several strategic projects, ahead of his retirement later this year.

“Beth has provided valuable leadership to the University’s successful fundraising efforts since her arrival three and half years ago,” said Chancellor Sharon L. Gaber. “She is a champion for Charlotte, and I know she will bring that same passion and enthusiasm to this new role.”

Crigler joined the University in 2018 as associate vice chancellor of development. In that capacity, she has overseen a record-breaking fundraising strategy. She helped complete the $200 million Exponential Campaign, closing with more than $218 million. Additionally, the University's overall fundraising has increased every year. For FY22, more than $72 million was raised, an 89% increase over the previous year.

“UNC Charlotte is a visionary university that is making a difference in the lives of our students and in the life of our community,” said Crigler. “We have an ambitious strategic plan that will create even more opportunity and positive outcomes for those we serve. I am honored to work with my talented colleagues in achieving these goals.”

Prior to joining the University, Crigler was senior director of principal and leadership gifts for the Novant Health Foundation. As a 20-year veteran in the development profession, Crigler has led numerous capital campaigns, raising more than $130 million for charitable organizations in the Charlotte region and more than $1 billion for organizations throughout North Carolina.  During her career, she has provided leadership for several nonprofit organizations including Charlotte Latin School, the U.S. National Whitewater Center, Sharon Towers and the Cabarrus County Boys and Girls Club.

Crigler is a Certified Fundraising Executive and graduate of the University of South Carolina. She currently serves on the Board of Directors of Charlotte Mecklenburg Housing Partnership and Camp Debbie Lou, a family camp she helped found for children with cancer.